Nigeria’s former Minister of Education, and 2019  Allied Congress Party of Nigeria (ACPN) presidential candidate, Dr. Oby Ezekwesili has confirmed that she rejected the chance to be President Muhammadu Buhari’s running mate during the 2011 general elections.

Dr. Oby Ezekwesili has said she did not waste time in refusing to be a running mate to President Buhari in 2011.

“Many People: Please tell us, is it true you actually rejected the offer to be Vice Presidential Candidate to Buhari as Pastor Bakare @T_Bakare said?

Me: Yes it is true. Any more questions?

“I laughed at the many messages people sent me upon reading @T_Bakare ‘s factual statement that I rejected running as VP with @MBuhari in 2011.

“I did not waste a moment in saying No.

“It is why I have always pitied those who spend their years lying against me,” she tweeted on Tuesday. 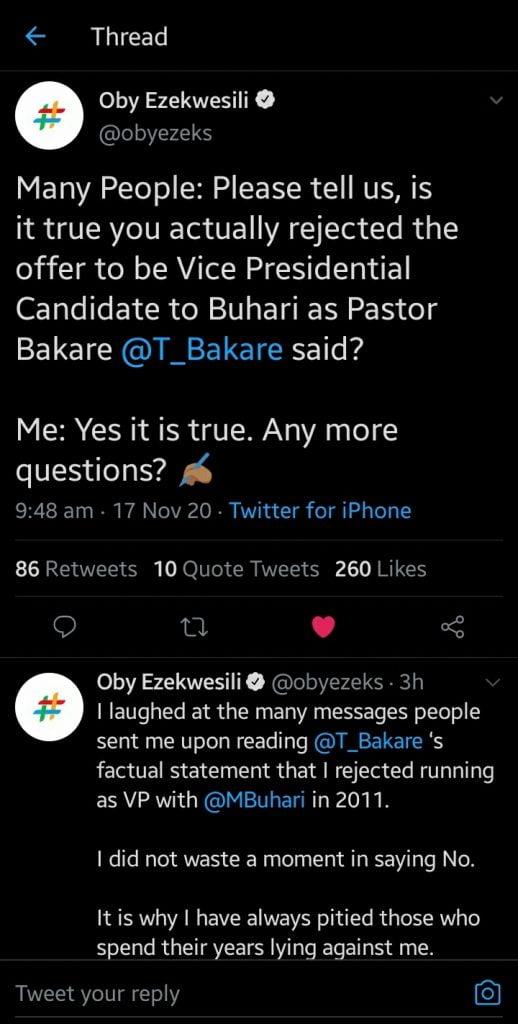 This site uses Akismet to reduce spam. Learn how your comment data is processed.

NO LONGER ‘AN ARMY OF ANYTHING GOES’

NO LONGER ‘AN ARMY OF ANYTHING GOES’